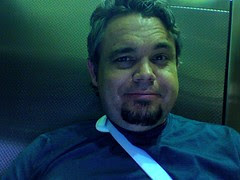 I've been thinking quite a bit about zen as of late. According to Wikipedia:

Zen is a school of Mahāyāna Buddhism notable for its emphasis on practice and experiential wisdom—particularly as realized in the form of meditation known as zazen—in the attainment of awakening. As such, it de-emphasizes both theoretical knowledge and the study of religious texts in favor of direct individual experience of one's own true nature.

Is that what zen really means? Hrm. To me, zen is finding balance in all things you do. I like my definition better. So I'll stick with it.

It's funny, but I used to spend a great deal of time working towards that state of zen. Then I fell out of sorts and tried to do the opposite, cramming in every bit of information I could and taking on additional projects. Now the pendulum has swung back, and it's on my mind again.

How about you? How do you find balance in all things that you do? Is it important? Do you wonder why I'm thinking about this with my arm in a sling, waiting for a plane to take me to three days of whirlwind meetings in NYC? I sure do...
Posted by Evo Terra at 2:49 PM