Evo is on Seesmic 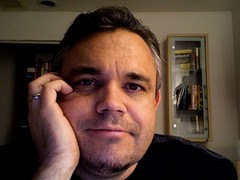 Yeah yeah... I know I just said I was giving these things up. But I also said some time ago that I wanted to get into video, so deal.

It's true, I managed to squeeze a Seesmic invite from someone. Haven't played with it enough to know what good the whole thing is, and it's rather insular right now. But at the minimum, it'll be a good "training" application to see what parts of video I'm good at, and where I need help.

Oh, and it was funny when Sigler used a fictional character to kick a fictional representation of Hutchins in the nads. Cannot wait to see how this arms race goes.

Oh I am not a happy man. Earlier today, I installed the latest update from Apple. I've not yet made the switch to Leopard, as I like to let things get a little settled before I take the plunge. But I'm *very* good about installing the auto-updates from Apple when my system alerts me.

Perhaps now, not so much.

The latest one caused my system to hang at the boot progress. Using The Lovely Wife's lappy, I checked the Apple forums, only to find that many others were reporting the same problem. Long story short -- the fix which was working for most wouldn't work for me because of disk space issues. And while I just did a backup on Saturday, I now find out that was only a data backup... that didn't include my programs.

So I'm a little screwed right now. Actually, I'm a lot screwed right now. But what the hell. Shit happens. Good time for me to make the switch to as many web-based apps as I can, I guess. Could be quiet from me for a while as I figure out passwords, important websites and such. Oh, and email. Think that's totally gone, too.

Thanks to Ian for putting together this video tribute. No, it's not podsafe, but I don't care.

I was thankful to have had someone like Joe in my life -- if only for a little while.

I'm thankful that people like Leann and Tee are moving forward in his name.

I'm thankful for those I still have around me.

And in about 15 minutes, I'll be thankful to Charlie for the great friendship, company and beer he's offering me today. 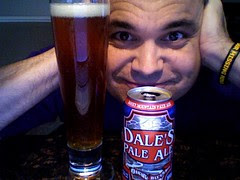 Assumption #1: We live in a world where it is impossible to create time. Therefore, I need to spend my discretionary time in the most productive channels possible.

Assumption #2 My definition of 'productive' may be -- and probably is -- significantly different from that of everyone else on the planet.

Assumption #3 My definition of 'productive' is highly influenced by the term 'discretionary' in the same sentence.

Assumption #4 Cool and new things (read: 'shiny') will always grab my attention due to perhaps faulting faulty wiring on my part. Or that of my parents.

Assumption #5 Some of those shiny objects will enhance my productivity.

Assumption #6 Most of them will not.

Assumption #7 Continuing to chase the shiny for the sake of chasing the shiny is -- according to my definition -- not productive.

Assumption #8 It's not like others (CC, Clintus, Chris, et. al.) aren't doing a damn fine job puddle jumping for the masses.

Assumption #9 Not all lists need to contain 10 items

Guess what that means?

Getting through the fog 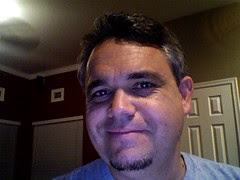 I'll admit it -- things have looked a bit cloudy for the last several months. I think I've figured out why, and what I'm going to do about it. But I'm not quite ready to announce it just yet, so you'll have to sit in suspense for a while longer.

But while you are waiting, do me a huge favor. Facebook has just released the ability for brands to create their own profile pages. I've made a Facebook profile for Podiobooks.com and would be your BFF if you would befriend the page and start interacting with it. Facebook promises some pretty groovy things when real people (you and me) start interacting with brands that they love (Podiobooks.com?), and I'm curious if where that leads us.

What do I want to be when I grow up? 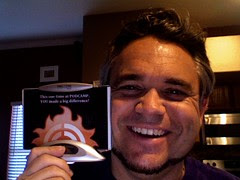 What do I want to be when I grow up?

I had a fantastic time at PodcampAZ on Saturday. Good people, good discussion, and a good deal more activity in this town than I had ever imagined. I've made quite a few new contacts that I'm really looking forward to getting to know better.

Yet at the same time, I'm starting to ponder some existential questions. I'm not ready to call it a crisis, but I'm getting that itch. It's very much a 'what do I want to do when I grow up?' question. Here's what I know:

I really enjoy what we're doing at Podiobooks.com. Hugely rewarding for me and I know it's a great resource for others, so that's not in any danger
I dig playing in the new media playground, but do wonder this: to what end?
I miss podcasting, but not enough to make me carve out more time do it more often. So enjoy the Utterz. And I ask the same "to what end" question.
Video would be cool, but also terribly time consuming. No, I'm not a record-and-release kind of guy on general principle. No problem if you are. I ain't. See TWE question.
I'm really interested in stepping back from the bleeding edge and teaching some people who are about five years behind how to get two years behind. Unsure about the transition, and I'll miss the edge.

How about you? Do you try and keep a linear progression to your personal life path, or do you go through these same sorts of things? And if so, do you acknowledge and embrace them, or bury them down deep inside? 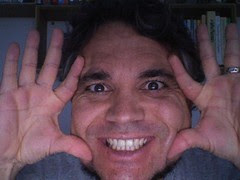 A couple of things have me jazzed today:

Google's OpenSocial movement.
No, it's not a new social media site you need to make a profile for. Rather, it's a set of open APIs that will (in theory) allow for interoperability between social networking sites. And at the rate companies are jumping on board, it should be quite an impact. I'm recommending to Doug, Chris, Ray and the rest of the development crew on Podiobooks.com that we follow suit. Sweet!

NaPodPoMo. Anxious to get back into the swing of things behind the mic, yet unable to come up with anything that I really want to do long term, I've decided to give National Podcast Post month a shot. Daily podcasts -- likely in the form of Utterz but maybe a CultCast for the entire month of Nov. Yikes.

That's it for now. Hockey tonight, so you can follow the action here or here, I'm not sure which one!

Never let it be said that I won't cave to pressure. Well, actually I kind of like this idea. Gets me back in the habit of recording something. Most of mine will be Utterz, but I may crank out an occasional Found Things... and with luck a CultCast could come out of it.