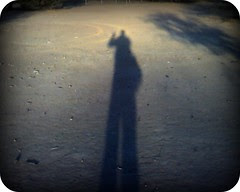 Well kids, here you have it. The final "Five O'Clock Shadow" post. It was fun doing this, and I got a lot more familiar with Flickr. Sort of resurrected the account, you might say.

I've got a new idea, partly thanks to that re-association with Flickr and various other web 2.0 sites. I'll leave you in suspense as I need to do some rearranging to make ready for it. 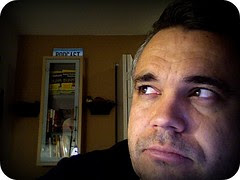 As the year winds down, I find it once again time to re-examine and restate my assumptions. For the remaining days of my vacation, I'll be doing the following:

Paying close attention to anything that comes in over RSS. Pictures, posts, podcasts... you name it. Each and every item will be examined, and the larger site from which it comes will be evaluated. Not telling you to be interesting, just sayin'...

Pruning my "friends". I use that term in quotes, since the term is bandied about much by various YANSN sites. In some places, it may make sense for me to keep someone in the "friend" list even though I don't know them. In others in doesn't, so I won't.

Parsing my sites. I said some time ago that I'd sign up for every new shiny thing that comes along just to see how it works. And while that's still true, I'm going to start being very upfront about what I keep using after a time. Out of the 52 profiles I have, a half dozen or so have actually helped me do anything better. You need to know that, I think.

Happy New Year, in the event I don't post here again before. 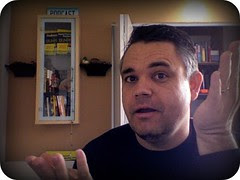 It's a tradition: the Lovely Wife gets the itch to paint this time every year. Started with NJ's bathroom and has spilled over into my office. Which is a good thing, as I was starting to not enjoy working in it. New paint helps. I hope.

Happy Xmas to those who celebrate it. We don't, but I'm not beyond recognizing an event with significance for others. Oh, and I'll take the time off, too.

I've decided to approach my 2008 convention schedule with significantly more thought and care than previously. On the top of my list of I CAN HAZ is ROFLCon. Teh funny, to be sure!

I reached out to the organizers today to see if the whole podiobook movement is worthy of inclusion or not. As I told them, we're not Tay Zonday, but we too move away from the mic when we breathe.

Regardless of the result, I'm giving the event serious consideration.

This is the ongoing record of an effort to assemble every famous internet meme or celebrity to come to Harvard in the spring of 2008 to attend a conference.

Presumably, they're going to talk about fame online.

But with Homestar Runner and Dinosaur Comics coming and Goatse on the guest list, getting there is going to be about 80% of the fun

ROFLCon 2008. Go ahead and block off April 25th & 26th. And someone near Cambridge MA clear off some floor space for me.
Posted by Evo Terra at 7:14 AM No comments: 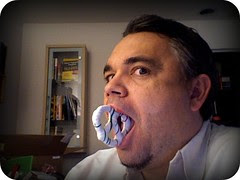 Anyone know who knows me knows that I'm not one for the Holiday spirit. Part of it is a general aversion to anything that is too popular, a significant amount comes from my internal conflicts with over-commercialization of society and my part in it, and then there's the fact that most of the trappings either bore or annoy the hell out of me.

But not the food.

Bring it the fuck on.

The reason for the season 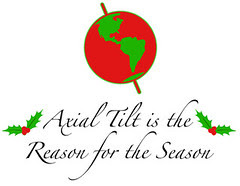 The reason for the season

Who says I'm not into the holidays?

Thanks to Phil Plait for providing the image, which I think he got from The Slumbering Lungfish.

Extra points if you can correctly guess which side of the photo to place the sun! 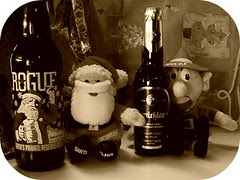 Blame it on the turkey, carb overload or way too many beers, but I totally forgot that Charlie say me, The Lovely Wife and Jack Mangan down after our Thanksgiving feast to record a special 'Liquid Christmas' edition of Speaking of Beer.

It's up, and I sound far gigglier than I prefer. Here I blame a mixture of too much beer and being far too out of practice from being behind a microphone. 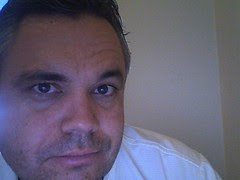 While sitting at: Mama Java's coffee shop in Phoenix

When I should be: Nothing. This is Sunday.