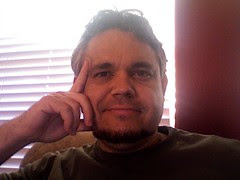 I've made a few discoveries in the last few days. So rather than waxing philosophical on this fine Saturday afternoon, I thought I'd share them with you.

Shelfari seems quite cool. Thanks to Brad P. for pushing me in the direction. In a nutshell, it's a social network for book lovers. Explore, share, friends... all the classics, but all centered around books. I made a group for Podiobooks.com fans, too.

Zachary R. then asked how it compared to Goodreads. Very similar. Goodreads has less of a Web 2.0 fill, but actually has more activity. So another Podiobooks.com group was formed there, too.

And I finally understand that TextMarks is not a Twitter-clone. You could use it that way, sure. But it's true power comes with the dynamic calls and SMS broadcasting. Still pondering the best way to utilize this, but I've set it up for me and for Podiobooks.com just a placeholders for now.

I wish Twitter would let me send mobile updates to more than one account. But it won't, and I get it. Why? Because I've set up a Twitter profile for NJ's high school hockey team (Hamilton Huskies) as well as his travel U16 midget team (Thunder on Ice). I'm really enjoying using Twitter as my update medium and archive for the games, even if not many people are following. Trouble is, I have to hope the rink has wifi, since I can't do phone updates to multiple accounts.

So how are you spending your weekend? Found anything worth noting?