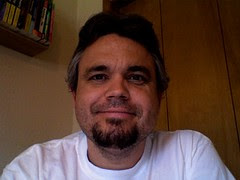 The current fascination of the moment belongs to Truemors, the latest incarnation of Guy Kawasaki. There was a lot of buzz pre-launch of the service, but it pales in comparison with the shit-storm that has happened on launch day -- today.

I have to admit that I was one of the detractors when I first checked it out. A site where you can post whatever you want without the need to log in or provide any sort of meaningful credentials? Yep... that's what it is. But then again, I also poo-pooed Twitter, and now I'm a heavy user.

For now, the jury is still out on Truemors, but I feel like there is something to the site. I've manged to get three posts on the "Greatest" list without really trying. And as I write this, the #1 and #2 spots are still mine. So is that joke a little further down about Emo pizza. Sorry. If I'd had known...

The coming weeks will be interesting at Truemors. I'll keep checking in.