My next Ignite Phoenix presentation will be better 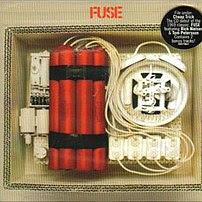 Ignite Phoenix the Third was last night. And by all accounts, it was far and above the best event so far. The Tempe Center for the Arts was a great venue. A packed venue that quickly setup video screens outside the room for those who couldn't get in. 300+ extremely appreciative people. Wait, don't forget the beer and wine. That tends to help!

And yet, I walked away disappointed. Not in any of the things I mentioned above. Not in the organizers who did a fabulous job as usual. And not at my fellow presenters, some of which knocked it out of the park.

No, my disappointment comes as I reflect upon my own presentation. I screwed up. In three ways:

But don't get the impression that I bombed. I doubt I'll be banned from future talks. Everyone in the audience seemed to appreciate what I had to say. And all in all, the intent of my talk was successfully conveyed to the audience. Though I'm sure at least one person caught an error and wrote me off on principle. I say this because I do this.

The good news: I can fix it in post. I'll get some time to record myself giving the talk here in my own domain. Where I won't screw up. And that's the one I'll post for you.