Google shuts down six services you probably don't use 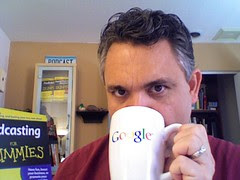 Image by evo_terra via FlickrGoogle is shutting down some services. When you catch your breath, read on to find out why I don't really care.

The disappearance of these tools will be -- and in fact is -- a non issue for most. As you can see, their are better tools that exist in the same niche as each. Smart move on Google's part to recognize that fact. It's a big internet.