A missed opportunity for ISPs 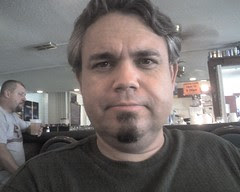 One of the dumbest things and ISP can do is to put up a "This Page Suspended For Too Much Traffic" pages. Seriously. It's a public relations and marketing fiasco.

You want to know what that says to the general public, many of whom may be in the market for a decent webhost? It says "we can only handle so much traffic on our site, so you better not get popular or we'll shut you down". Thanks, but I'll move on.

And Brian Ibbott from Coverville spoke so highly of BlueHost. Now you've just gone and spoiled all of that goodwill just because someone got Dugg.

We no longer live in a limited-bandwidth world. Yes, I realize that you have bandwidth restrictions -- not saying you shouldn't. But surely there is a more creative and better way to handle sudden spikes of traffic than shutting down the content. How about putting up a redirect page or a frame (wow, a potential good use for frames?) that says something like "The amount of traffic to this page is huge. But we can handle it. Can your current ISP or hosting provider?" That my friends, would land you way more business than the cop-out approach. It just makes you look unfriendly...

And before you ask -- yes, you can get paid for the extra traffic. My cell phone doesn't shut off if my kid texts too much, I just get a massive bill. What if the person doesn't pay? Well isn't that the risk of doing business. And be honest -- the bandwidth really isn't that expensive (to you) and only a handful of folks would bail on the bill.

So stop it. Right now. It's getting tiresome and gives you a black eye.